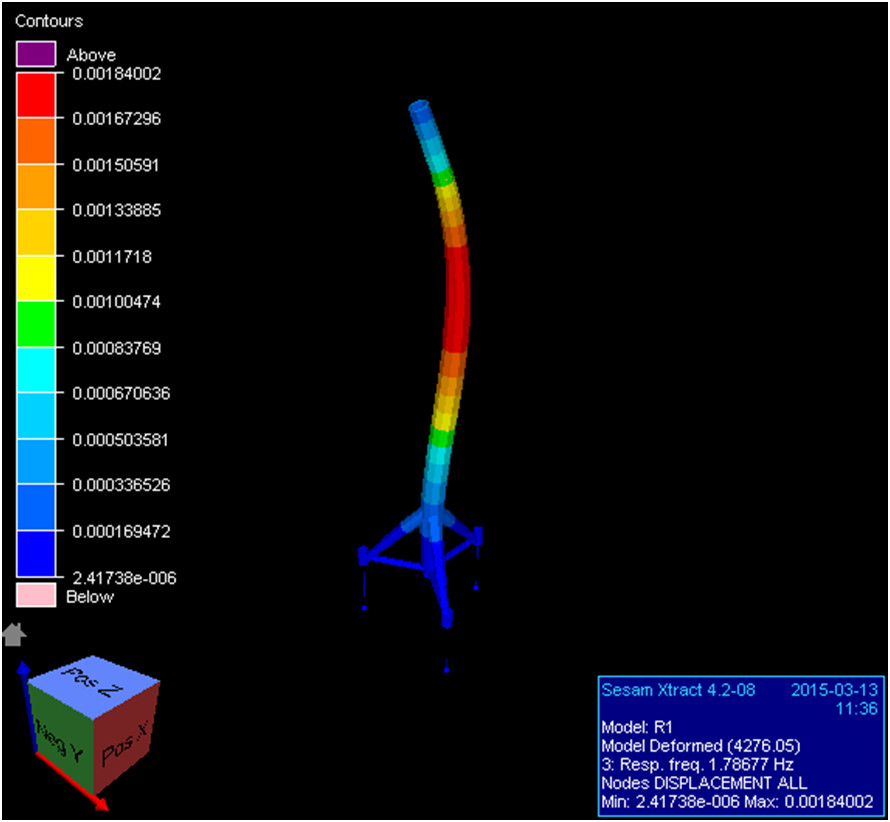 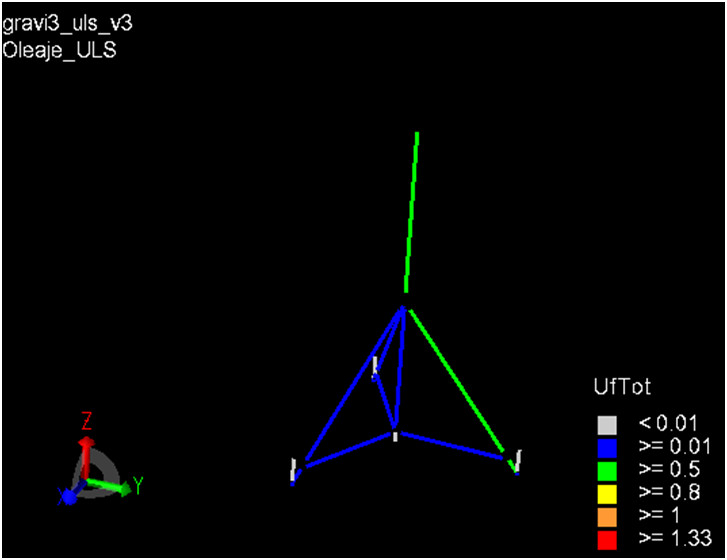 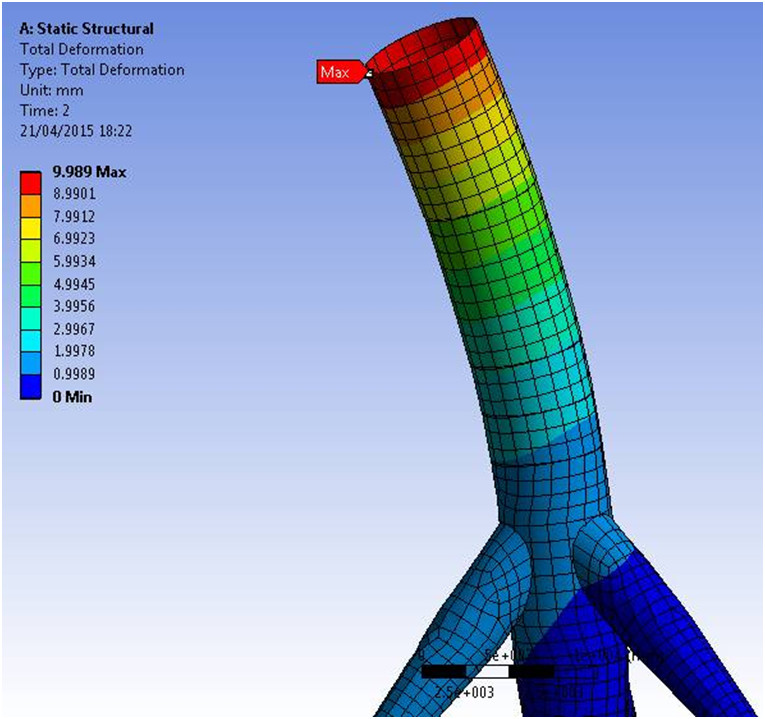 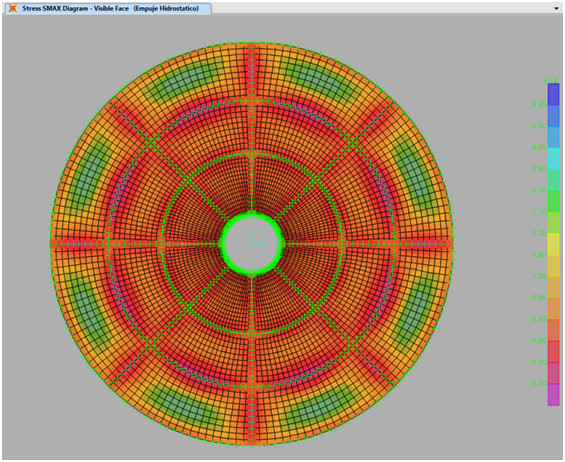 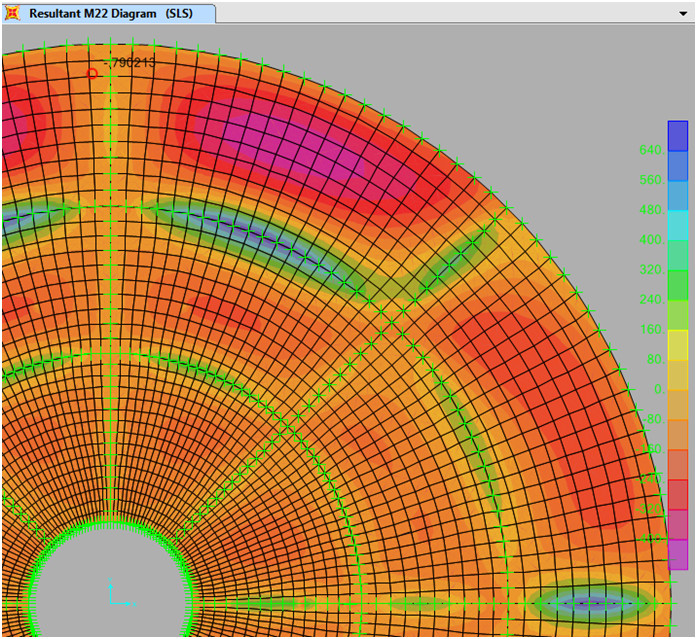 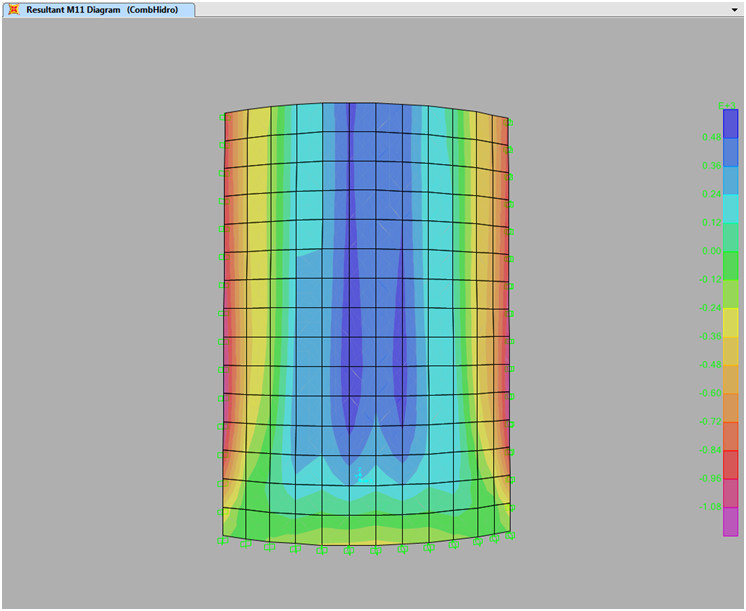 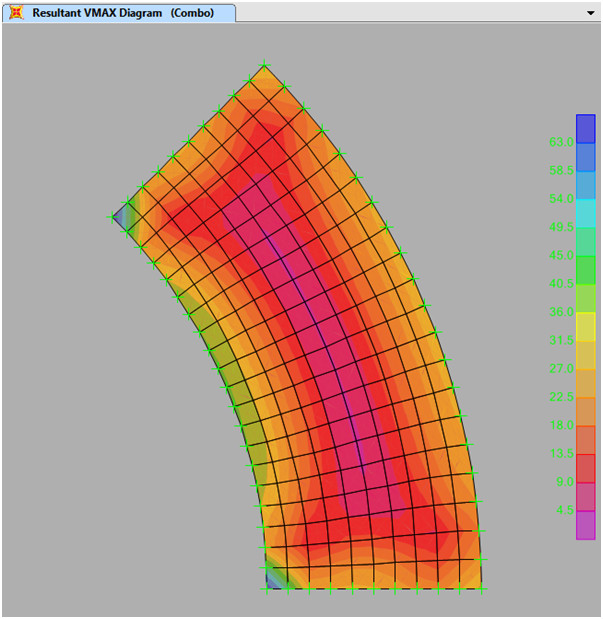 The structure has been checked against the extreme episodes that can appear in the service life, with the maximum wind loads and associated extreme wave loads. DNV Sesam and SAP2000 software have been used for calculating ULS.

The dynamical analysis of the structure has been carried out in order to detect the main frequencies which can be dangerous if loads are in the resonance zone. The wind fatigue damage has been obtained from equivalent loads from turbine manufacturer and to determine wave fatigue damage, a stochastic analysis has been performed using DNV Sesam software.

Ship impact load effects have been assessed as ALS.

The deck structure has been also calculated with FE software.

The steel tripod is supported by means of three concrete caissons, whose function is to properly transmit the wind and wave loads resisted by the structure to the ground. The caisson is subjected, however, to additional environmental loads, such as the hydrostatic pressure derived from the depth of its location, which have to be considered in the design.

Two main structural verifications have conditioned the design of the caisson:

The caisson joint with the steel tripod has been designed to work by a double structural system, by lateral pressure or by vertical bearing.